This is the recipe for a dense and dry apple and almond bread with sultanas, gluten, grain and sugar free. Almond meal and cinnamon powder are used as the only dry ingredients. No extra fats are added, with moisture in the batter coming from thick apple puree.

I was apprehensive when I started to work on this recipe. I knew that apple puree mixes well with beaten egg whites, it actually makes the structure more resilient, particularly when sour green apples are used with high level of pectin in them. But as honey adds more liquid to egg whites, compared to sugar, I was not completely sure that egg whites, beaten with honey, can produce the same stiff peak texture and provide enough raising power to bread’s very dense batter. I did not want to use baking soda. I also wanted to avoid adding any extra dry ingredients, and get away only with almond meal and cinnamon powder. I did not name this recipe sultana cake because of its dense texture and very limited quantity of honey I used to make it. 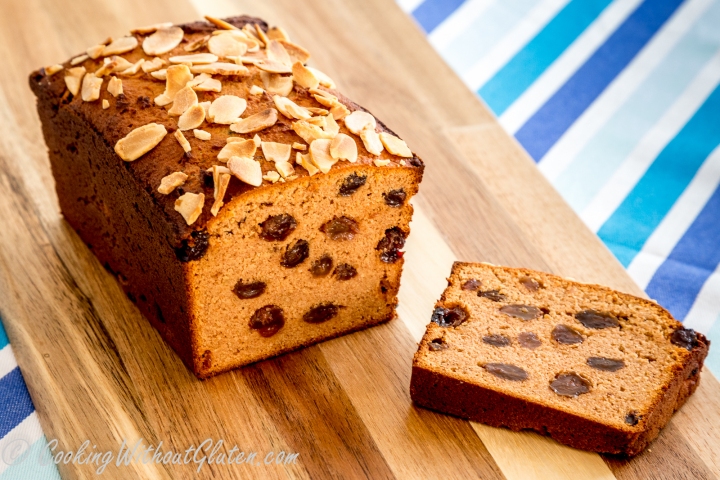 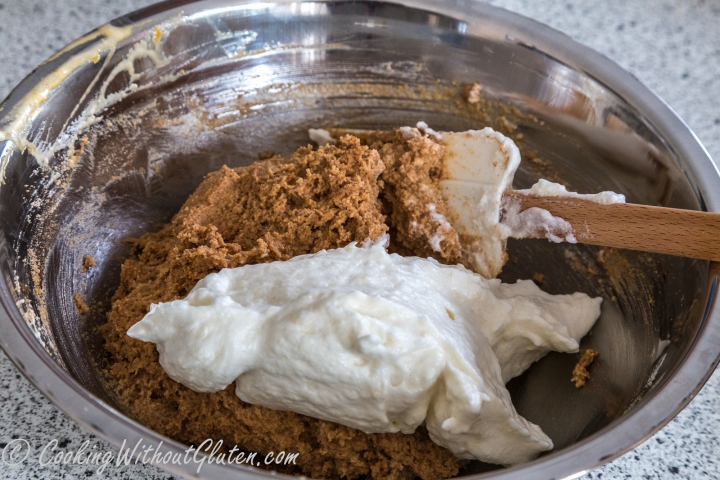 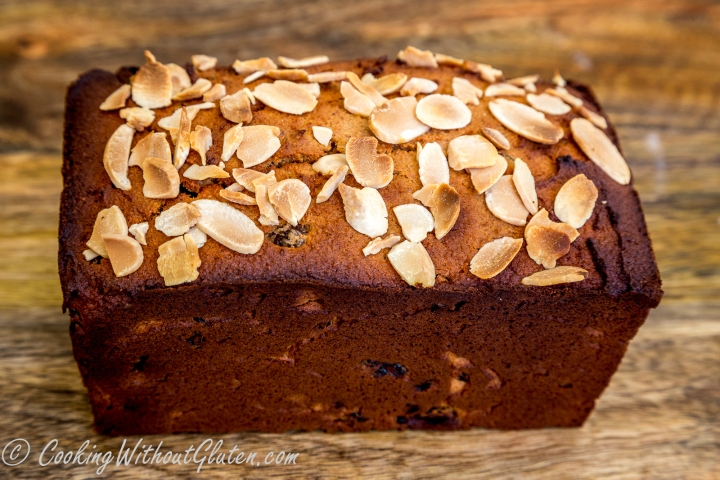 Sultana and apple honey bread was easy to slice, it had dense, but not heavy texture. Cinnamon and almond mixture gave the bread beautiful gentle colour, it had a touch of sweetness from honey and raisins. The texture was not light and fluffy as in almond cakes, and the bread was not as moist as typical almond cake with fruit puree. However, if you want to achieve lighter texture of typical moist almond cake, reduce quantities of almond meal. I did not try to toast this bread, but I can guess that with honey present, toasting have to be gentle to prevent burning. It might also be a good idea to bake honey based breads and cakes in oversized pans, filling them to half volume. Even with raising, the surface of the bake will be deeper in the pan and be less exposed to heat. The alternative would be to cover the pan, but it had to be tried to be sure that it does not raising of the bake. Always take into consideration that honey based bakes burn easier. It means that compared to regular cake with sugar, temperature in the oven have to be 10-15 degrees lower to avoid burning and bitter taste od the crust as a result.