Autumn sweet fruits stew made with little added honey and thickened with chia seeds is a delicious and versatile dessert. It is an easy dish to make, preparation takes very little time and the stew can be stored refrigerated for 2, may be even more weeks, with deeper taste developing in time. Overly ripe fruits are perfect for this dish, they need very little time for cooking. Soft and mushy apricots are not that tasty for eating, but absolutely perfect for the stew, as they disintegrate fast, thicken the stew and give it an amazing bright amber colour. As it often happens, the recipe for this stew was accidental, when the texture of apricots and figs we bought on the market in substantial quantities was not particularly good for eating them fresh, or even keeping them for a longer time. 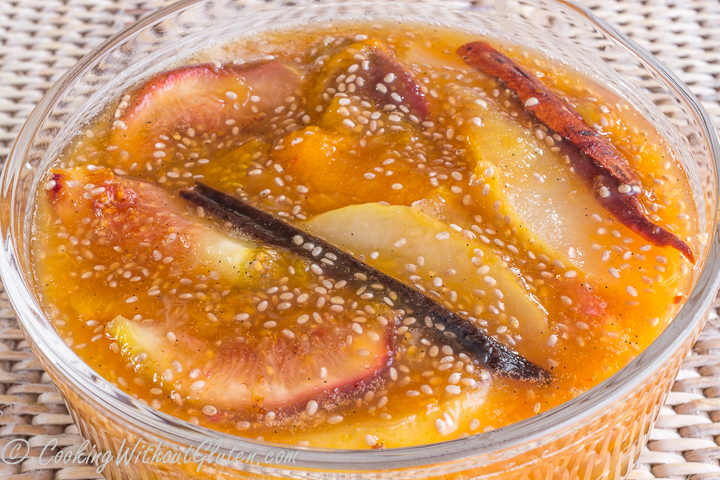 So I just sliced all fruits and threw them together with honey, lemon juice and lemon zest. To spice the stew up I added deseeded vanilla bean, which I keep for occasions like this, and cinnamon stick. Chia seeds, added at the end of the cooking, helped to thicken the stew more and reach the desirable thick sauce texture. 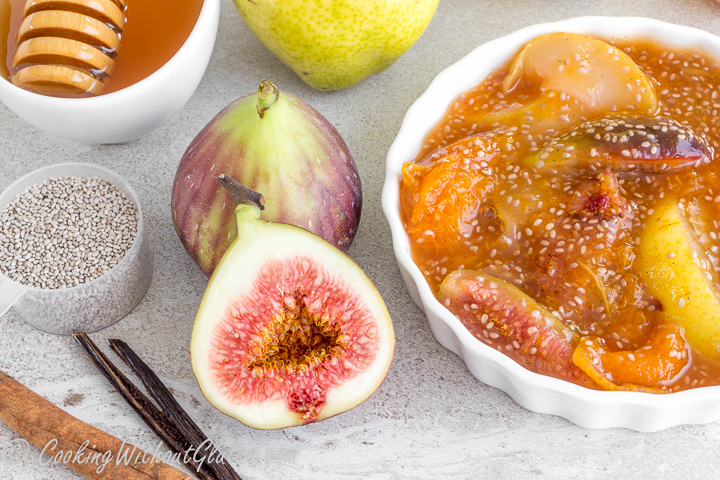 This stew can be served on its own, with coconut yogurt or ice-cream, or whipped coconut cream. It can be used as a sauce to cakes and muffins. The thickness of this stew allows it to be used on a piece of toast as well. I used the stew on several occasions as a perfect topping for individual sugar free desserts. 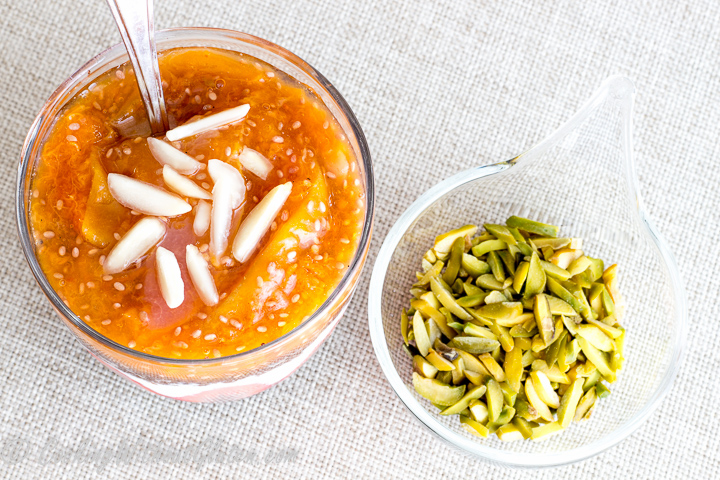 the quantity of each ingredient is given as a guidance only, to prepare larger portion of the stew, double or triple ingredient quantities 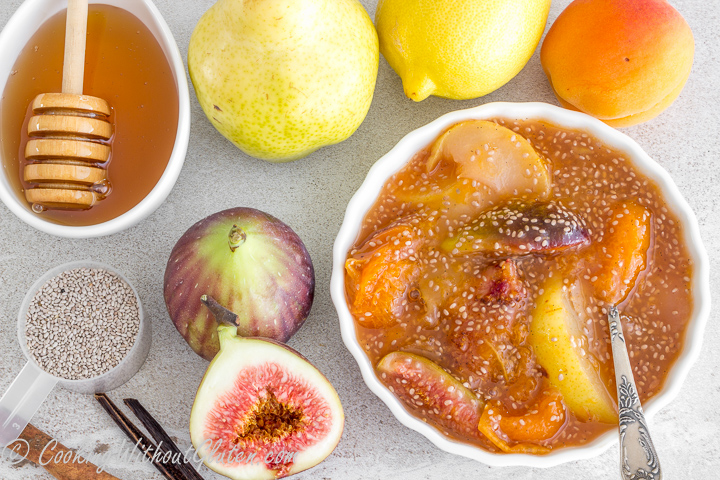 While I used regular fruits, white chia seeds and honey were organic, and I used the lemon from our own tree. 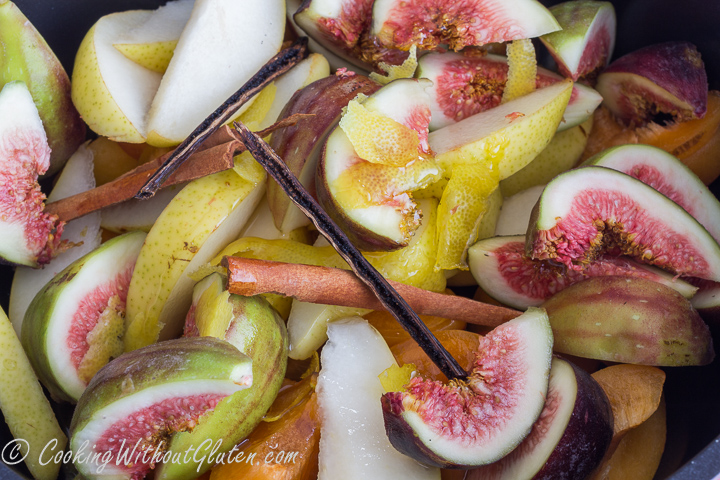 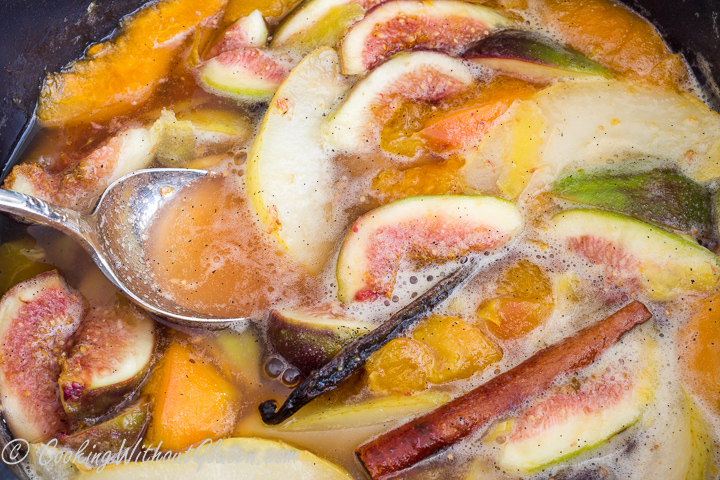 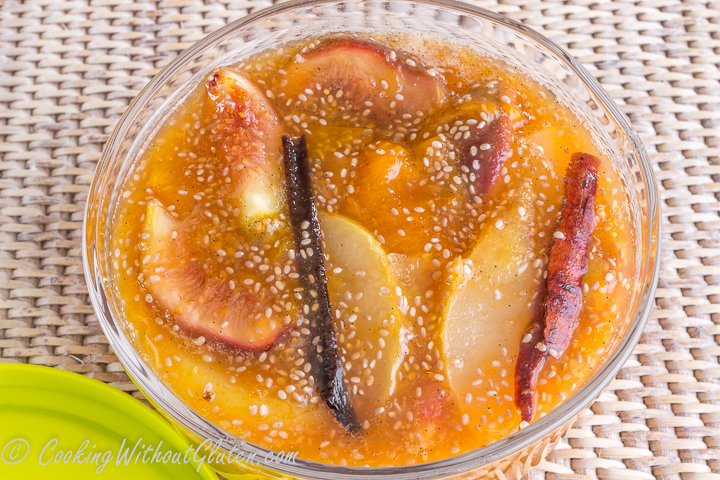 I was so impressed with the taste of this stew, that I quickly changed my mind about apricot jam I was already making from the bulk of the apricots we bought, and made another big batch of this preserve using honey and sugar (not allowed in this blog) for our own consumption. 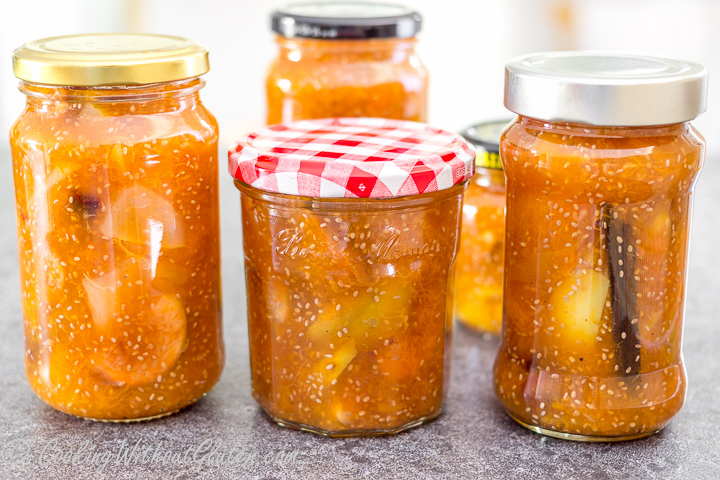 I had my dessert served with whipped regular cream (not allowed on the ingredients list in this blog and presented here only as illustration for serving, I did not have coconut cream in the fridge for whipping) and pistachios. 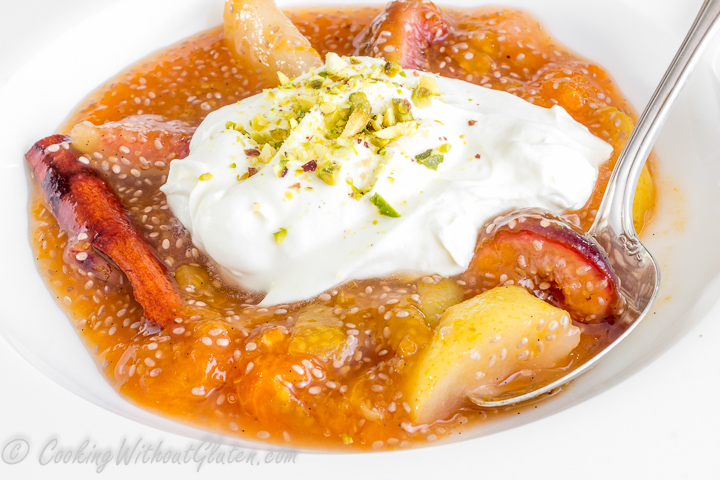